WOMEN CAN – Reflections on launch of publication in Albania, on the occasion of International Women’s Day 8th of March.

Two RENATE members were presented with certificates of leadership excellence from the Center for Public Impact, powered by the McCain Institute and Arizona University, for their demonstrated Character Driven Leadership.

The certificates were awarded on the International Day of Women, when Ms Edlira Gjoni launched her movement “Women Can-Vajzat për Shqipërinë” and book of the same title, promoting values and character driven leadership of women in Albania.

The author, Edlira Gjoni was a fellow at the McCain Institute on International Leadership from 2017-2018 for the Next Generation Leaders program. Her experience in the USA prompted her to initiate the movement Women Can.“Today in Albania, there is energy for a new shared leadership structure with women emerging in more visible roles and to be proud and empowered female leaders,” Gjoni said.

Gjoni captures interesting aspects of the Albanian women and their roles as character driven leaders. She has selected 51 women and leadership traits to portray 51% of the Albanian population who are female. Her book “Women can” introduces us to the Albanian female leaders who serve as role models and inspire us to continue making a difference.

The women portrayed in the book are not public figures, and in her opening remarks presenting the book, Gjoni explained that this was a purposeful decision “to give space, recognition, and gratitude to all these women who serve and make us proud and often are not recognized for their efforts.”

In the book, which brings a new perspective to portraying women in Albania, Sister Elda Nikolli represents the value of being Pro-Active and Youth-Savvy; Ana Stakaj represents the trait of Leading by Example. 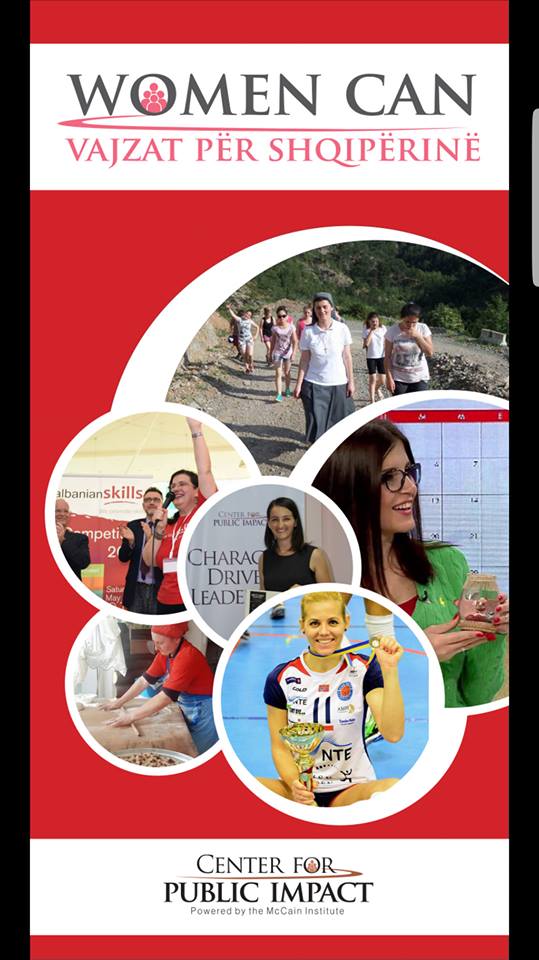